Today I am SOOOOOOO Proud of My Husband!

He did it!  Tony graduated on Tuesday and now we are in the Seattle area.  The move was a whirlwind event that occurred right after his graduation.  And a big shout out of THANKS! to my sister Rachel for coming to help.  A life saver right there. 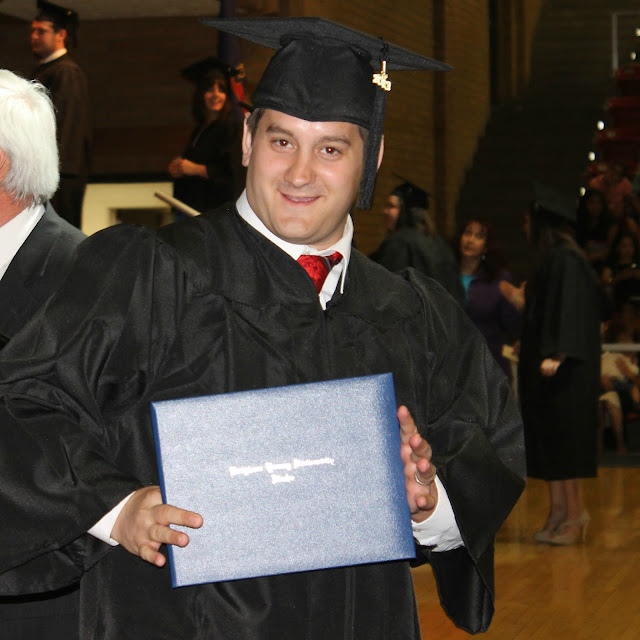 Tony's graduation was nice and we skipped the first, more formal half because it was just a bunch of speeches that the girls would not have sat still for.  The second half was when all the different groups split up depending upon their major.  It was cool.  There were a handful of great speeches and the giving out of diplomas took the longest!

Tony graduated with a degree in Communications with an emphasis in Public Relations.  So, if you know of any positions opening up in that field...... lemme know.  :)

Right now he's doing the required internship that all seniors have to do.  It's most likely that he will have to do at least one more internship to get into a good firm. 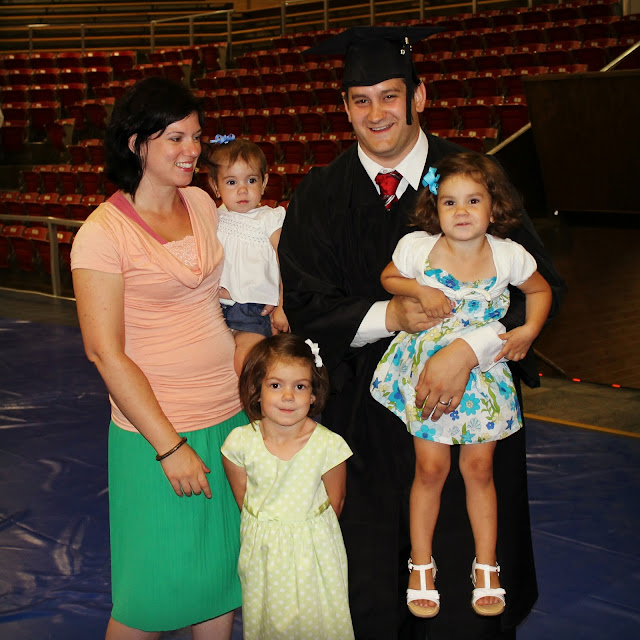 (our little family at graduation)

So, we're currently homeless.  :P  We're living with Tony's parents and we all share a bedroom, which is going better than I thought it would, except for when Elle wants to get up early and I don't.  **big bags under my eyes**  We're still trying to figure out a space of our own, where that should be and whether we really need a second car or not.

Apartments (which aren't even desirable) are way out of our current price range for 3 bedroom places.  Some 2 bedroom apartment complexes won't rent to us because they only allow 2 people per bedroom.  We have 5.  And of course houses usually rent for much more than apartments.  So, our most serious thought is getting a travel trailer and living in that for a year or so.

We'll see!  No matter what, it's awesome to be back home.  But I sure do miss my friends in Rexburg!  Wish I could have brought some people with me....

What I Did Today
Hi! I'm Jamie! I'm a SAHM. Wife to a fun-lovin' hotty. Mommy to 4 precious girls. Daughter to awesome parents. Sister to 30+ siblings (counting the marrieds). Child of God. Friend to you! :)

What My Readers Have Liked Most